After blessing its audience with a plethora of collections featuring the adventures of the Blue Bomber and flooding the digital stores of every gaming platform with HD remasters and porting of titles of the Resident Evil series, Capcom is now ready to capitalize on the nostalgia of another IP. And so Onimusha: Warlords arrives on PS4, Xbox One, Nintendo Switch and PC following the mantra of “minimum efforts for maximum gain.”

Published as one of the launch titles of Sony PlayStation 2 after a long gestation as a PsOne game, the classic hack’n’slash adventure clearly based on Resident Evil returns to the scene through a revival operation eagerly requested by the fans after years of petitions and messages spread on social networks. In the lead role of Samanosuke Akechi and his partner, the shinobi Kaede, players are called to face the most classic of the epics following the trope of the “damsel in distress” in the vain hope of being able to cross the sword with the fearsome Oda Nobunaga, portrayed here as a prominent figure that disappears just before the ending (sadly). The story pushes the two main characters to sharpen their blades against the leathery hide of hordes of demonic enemies with designs inspired by yokai and monstrosity popped out from Japanese mythology. Returning to the mainstream market after a quick announcement that surprised the long-time players, the first chapter of the series succeeds in the incredible task of remaining a solid title in an era populated by technically far superior exponents, even if it is necessary to close an eye on the understandable flaws of an aged game design with roots well anchored to the 90s. The game is essentially an old school Resident Evil with a Japanese feudal setting; players must make their path through swarms of enemies using their enchanted blades and magical techniques while enhancing their arsenal of tools of destruction and restoring their vital energy by collecting colored souls floating on the screen.

Launched at a time when Capcom was trying to distance itself from the slow-paced gameplay found in the first chapters of the Resident Evil saga, Onimusha places more emphasis on the action, still disseminating the whole experience with some short puzzle sequences that could also be ignored. The exploration follows the most stringent backtracking formula of the Metroidvania titles, consisting in finding an object that opens a new path or unlocking doors leading to mechanisms etc.. The exploration and memorization of the rooms that make up the mansion in which much of the adventure is set is the key to put an end to the plans of the ominous feudal lord and his monstrous henchmen; that said, the real selling feature of the whole experience remains its combat system. Apparently simplistic, Onimusha’s skirmish mechanics offer great satisfaction if executed in the right way. Approachable by everyone thanks to its visual effectiveness and easy controls, the Capcom title allows the most virtuous players to master techniques like the Issen: a powerful blow that, regardless of the weapon in use and the energy of the enemy, allows the players to pulverize in one hit any opponent and being rewarded with a larger number of souls. If at normal or easy difficulty this technique does not prove so essential, just after taking the first steps in the secondary quest that allows the access to the most powerful weapon of the game or after raising the stakes of the challenge by selecting the highest difficulty level, it becomes almost immediately essential to know the pattern of attack of enemies to be able to predict their movements and anticipate them with dodges, counterattacks and quick final blows. Although this remaster allows access to the lower difficulty right away (previously it was unlocked after completing the adventure once), the game was basically already calibrated to a level of challenge that everyone could take, even the less accustomed to the quick-paced logic of the hack’n’slash genre.

This remastered edition, even if based on the PS2 version (and thus excluding the extra contents of Genma Onimusha for Xbox), adds a series of new features to the title and I think it is right to make some clarity on the work done by the Chinese team in charge of this opus of restoration.

On home consoles the videogame can obviously be played in FULL HD resolution, with the exceptions of Switch – 720p in portable mode, 1080 docked – and the PC version, able to reach 1440p through the in-game settings. Like the classic Resident Evil, Onimusha also features two-dimensional pre-rendered backgrounds, but it is clear that unlike the remaster of the most recent Resident Evil 0, the work done on this title could not enjoy the same amount of care. In this sense, the jump in terms of resolution does nothing but emphasize how the three-dimensional models of protagonists, enemies, and interactive elements are “detached” from the rest of the elements on the screen. Probably it was not possible to do otherwise without recurring to the original assets and graphic elements that could have easily have been destroyed or lost over the years.

The FMV sequences, on the other hand, remain very enjoyable even if they are undermined by a zooming in technique that fills the default 16:9 aspect ratio, cutting some parts visible in the original. This artistic choice, perhaps a bit radical, is also applied to the gameplay: although it was advertised that this version of Onimusha could support aspect ratio higher than the canonical 4:3, the game, if set to 16:9, does nothing but zooming in on the centre of the scene to fill the screen, making action only partially readable. Fortunately, it’s possible to set the gameplay to 4:3, but movies remain obligatorily adapted; in this sense, even the decision to revise the controls ends up creating more inconveniences than benefits. Like the old school Resident Evil iterations, the original Onimusha also used the infamous “tank controls” so beloved during the 90s and for this reason, if left and right allowed the players to rotate their 3D avatar on its axis, the up and down buttons allowed to move forward and backward. This choice, combined with the use of a fixed camera and sudden changes of perspective on pre-rendered backgrounds did not affect the exploration in any way. On the contrary, the use of the left analog stick for directional inputs, that works by translating the tilt of the analog stick to the controlled character moving in the said direction, albeit in line with the current generation of 3D games, it often ends up creating problems. It might give the impression that the game does not respond to the controls correctly simply because it is old. Very wisely Capcom back then decided to opt for tank controls both for Onimusha: Warlords and Onimusha 2, coincidentally the only chapters of the series to maintain the “residentevilian” aspects, with three-dimensional characters and two-dimensional backgrounds. The addition of this option, albeit being one of those innovations that today we define as improving the “quality of life”, clashes irremediably with the game design of the title not only during the exploration but especially during the fights, where the effectiveness of precise directional input is essential at higher difficulty levels. Fortunately, it is still possible to use the dpad and my personal advice is to get used to it regardless of how comfortable the left analog stick might appear at first glance.

Unfortunately, the problems are not over: due to a remapping of the controls to make the action more immediate, the pressure of the already mentioned left analog stick ends up opening the map consultation screen. It would not be a problem if only the same stick wasn’t extensively used to perform the Issen technique and ends up pressing the analog stick during a quick tilt is unfortunately not rare. On the other hand, the possibility of quickly changing long-range and melee weapons relying on the trigger buttons, although in some way even this new feature can still be perceived as alien to the conservative philosophy that is breathed at every fight. Incredibly the new soundtrack by Rei Kondoh (Okami) succeeds in the hard task of soothing the loss of the score (not) composed by Mamoru Samuragochi, which will probably be a demerit to some of the die-hard fans of the original iteration. The English dub remains the one included in the PS2 version and just like back then, it was essentially forgettable, for today’s standards it’s borderline amateurish. The Japanese dub was redone for the occasion calling once again the Japanese actor Takeshi Kaneshiro to lend his voice (and face) to the protagonist of the title. Here’s a closing curiosity: playing the game with the Japanese dub grants the access for the first time in the West to a scene censored in the PS2 edition twenty years ago. Let’s see if you can find it (and in case you wanted a quick answer, here it is).

Onimusha: Warlords is not the definitive edition of Onimusha that I personally would have liked to see on current generation platforms, but it’s still the only way we can officially go back to this franchise. Supporting this release means in some way to signal to Capcom the desire to go back seeing the horror atmospheres of its feudal Japan infused with black magic, but it is incomprehensible how the revival of this video game ended up looking too much like its original (and inferior) version. Not allowing fans to access all the bonuses that the Japanese company decided to leave in heritage only to a small number of people who ended up completing the adventure of Samanosuke and Kaede on the first Xbox is not cool. People would have loved paying to access this exclusive content, Capcom. Do you hear? 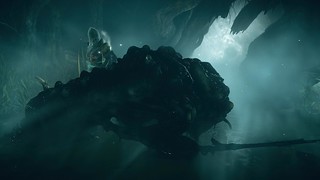 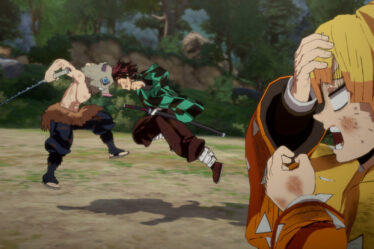 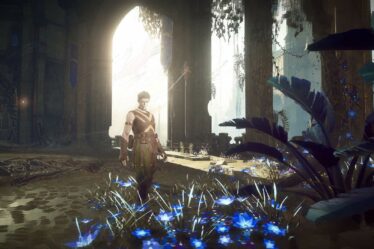 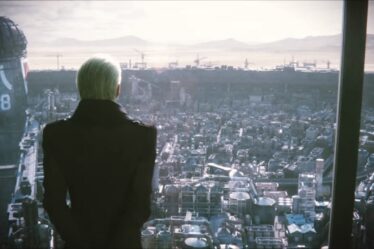